This year Kaliyoga turns 20. Co-founder Rosie Miles looks back on its humble beginnings and marvels at how a pair of chaotic but well meaning hippies from London managed to co-create a yoga retreat with no previous experience, no business plan and no money. 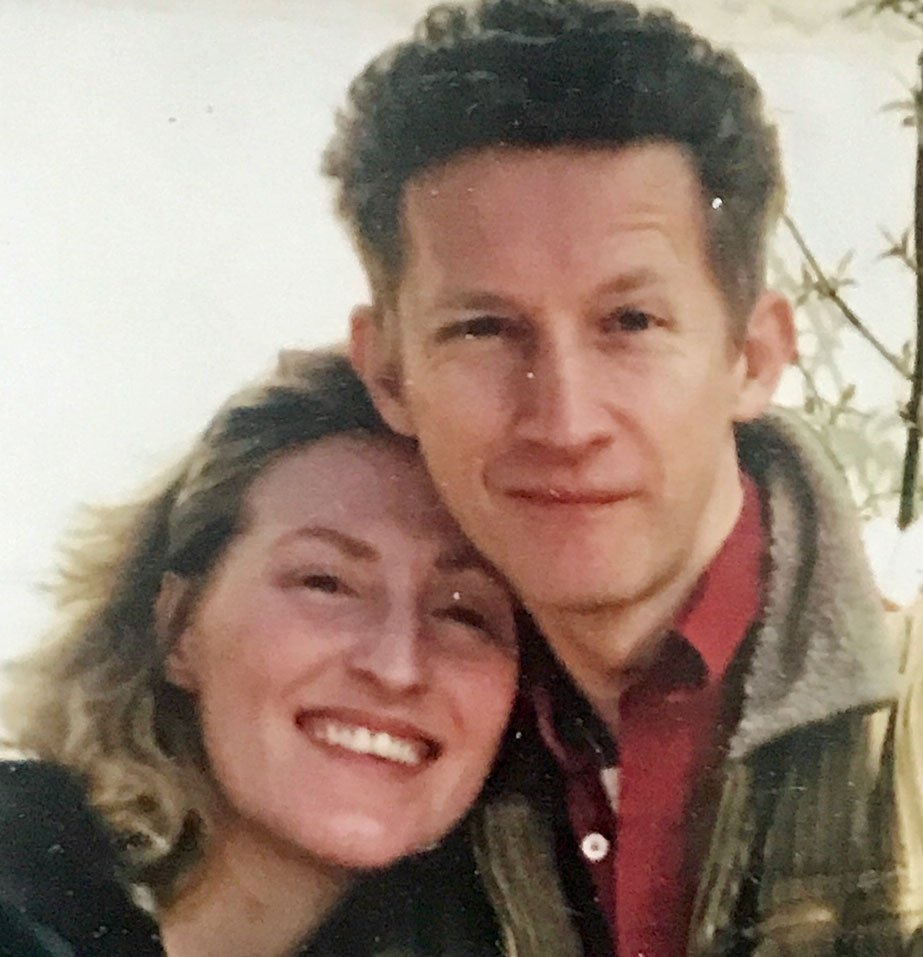 The Kaliyoga story began when Jonji and I met on a yoga teachers’ training course in Ibiza – far from any clubs in the quiet beautiful north. With nothing else to consume but yoga, mung beans and Japanese tea made of grass stems, we consumed each other. Daily snogging sessions on the roof led to confessions of a shared dream – to create our very own yoga retreat with not a mung bean in sight. We were actually considering naming our retreat ‘Love Groove Junction’, thats what 8 hours of yoga does to you.

Armed with passion, teaching certificates and total ignorance of how much work it actually takes to run a yoga retreat, we escaped our tepid London lives and eloped to Andalucia. The house, a concrete shack on a wildly overgrown olive farm was hellishly uncomfortable – freezing in winter, scorching in summer and lorded over by an army of ants who scoffed at our pathetic eco friendly attempts to undermine their intent to remove every single grain of grass seed we planted, unearth every terrace tile we laid, colonise the washing machine and generally make our lives a living hell.

There was no swimming pool and, having only “Olé!” in our Spanish repertoire, neither of us dared approach a builder for help. We ended up miming “please can we borrow your JCB” to a local farmer.  The digger made a huge mess and we dug the rest with help from a kindly ex-pat brickie who chose to be paid in beer, which, as you can imagine, did not end well.

Creating a luxurious yoga retreat from scrubland was the most arduous task either of us had ever experienced and, being young and foolish, many of our days ended in torrid arguments followed by tears & snot, very long baths, scented candles and forests of Nag Champa incense.

I remember six weeks of scrubbing away the mould on some tiled floors using linseed oil. When our Spanish neighbour saw me, he laughed untill he cried. “Mujer!!!” he roared. (Mujer means woman. 20 years later he still calls me that). “Why are you English so stupid? You should be using Agua Fuerte!”  “But I can’t use hydrochloric acid!” I wailed in my terrible Spanish accent. “Its for our yoga guests!” He responded, “All the more reason… it will give them some balls!”

During our morning yoga practice on compact dry earth in full sunlight, our ancient neighbour Antonio would plough his olive terraces by mule, softly murmuring to it in a language not even his wife could understand. Baffled by the shapes we were making with our bodies, he cackled: “And you’re planning to charge money for that? I could do it! Tell them to pay me!” and he’d launch into a hilarious version of a gnarled tree pose.

As the weeks progressed and nature foxed us at every turn, our funds disintegrated. We could forget our dream of sustainable Acacia wood furniture from Pondicherry, it was IKEA for us and whilst Jonji trekked north in search of this and that, I was left to hold the fort whilst subsisting on a frugal diet of yoga, weavily brown rice & seeds from our pomegranate trees.

Then came the grand opening. Our first ever yoga guests were a retreat owner from Malaga and his boyfriend who jumped at the sight of every insect. We were keen, newly formed teachers full of vim and we subjected our unwary guests to religiously fanatical dynamic yoga classes, four hours per session, plus sumptuous five-course banquets and my nightly stand up comedy routine. We literally fell over ourselves to impress them. On their departure the retreat owner took me aside. “Be careful pretty lady, if you keep this up you’re gunna burn out.”

Six weeks later I did burn out during a honeymoon couple’s final night where I was so exhausted that I came across like Shelley Duvall in The Shining. “I can’t go on!” I sobbed to Jonji later that night over the washing up. “I’m a nervous wreck.”

So Jonji booked me a session with Romany the white witch who took me to the edge of a cliff and made me hurl rock after rock into the valley below shouting at the top of my lungs “I can make this work! I am good enough. I don’t need to try any harder than I am!”

Soon the yoga classes were cut to 2 hours, meals from 5 to 3 courses and the ‘like me like me’ routine faded to peaceful banter around our shabby chic Moroccan tea table.

And so it was that we made it to the end of our first season which ran at a loss because we spent too much on candles, essential oils and ridiculously expensive cheeses from Carrefour. I have a distinct memory of two yoga teachers from Lancashire, eschewing our cheeses, our yoga classes and our company. From day two they retired to their room, ate biscuits and didn’t come out till departure day. Looking back on how intense we were in those early days, I really don’t blame them. 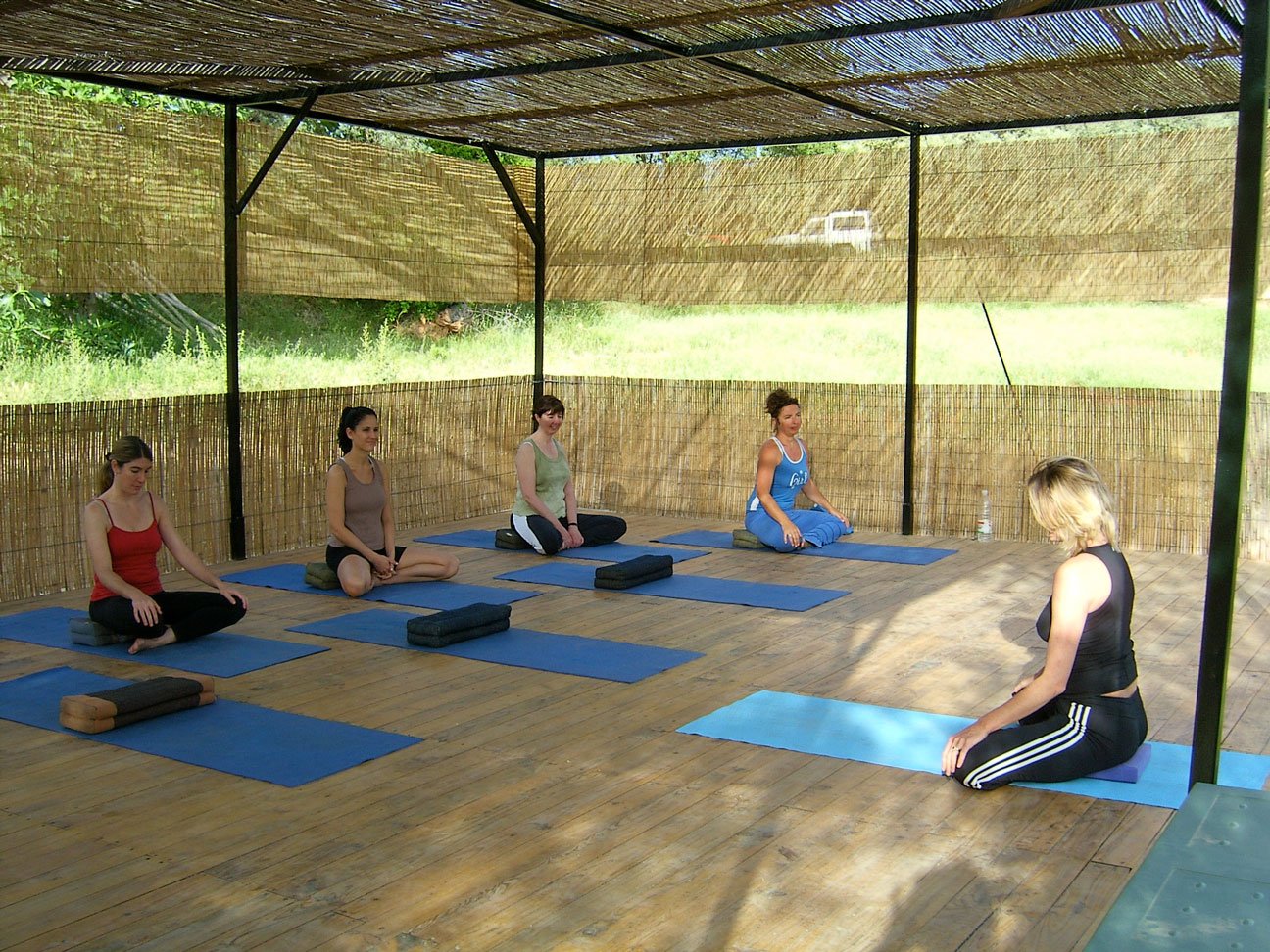 This site uses Akismet to reduce spam. Learn how your comment data is processed.

By continuing to browse our website you are agreeing to our use of cookies.
Go to mobile version